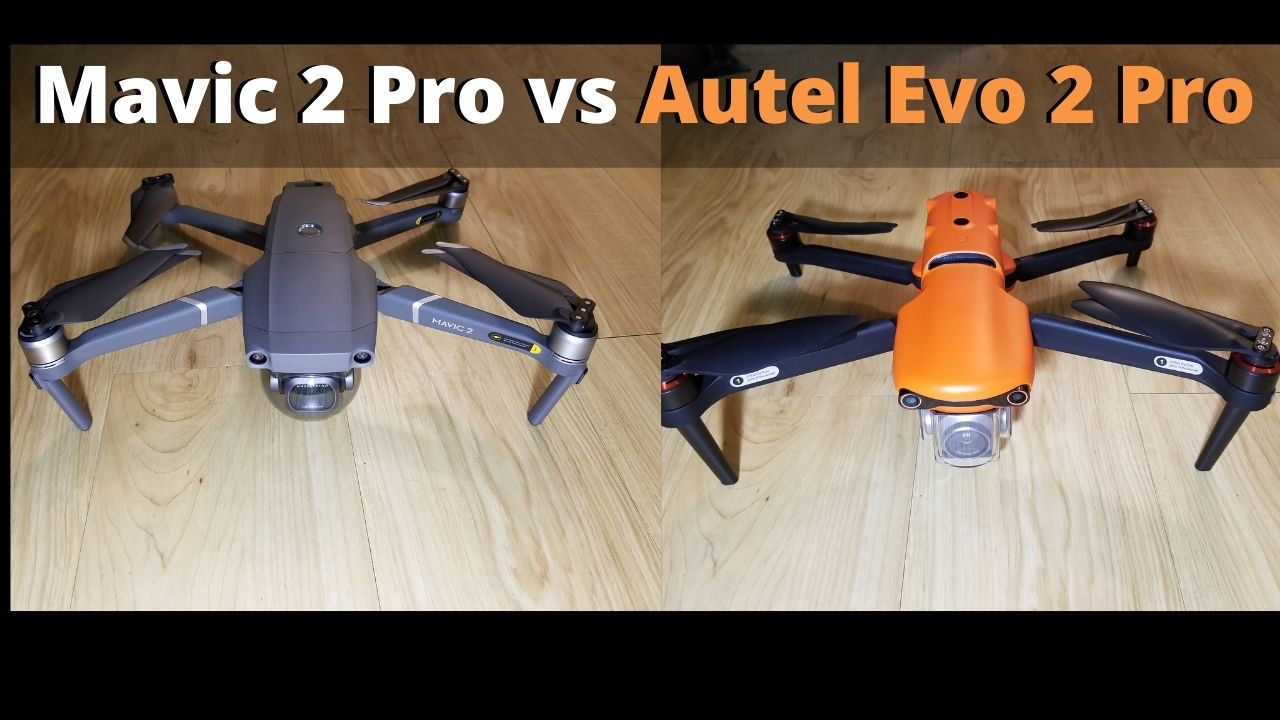 This comparison between the Mavic 2 Pro and Autel Evo 2 Pro comes from someone who actually owns both drones and having flown them in various conditions and had ample time to compare their specs and footage, I want to give you my personal opinion of which one is better.

The answer is that each drone has certain benefits over the other but for the time being, I have to say that the Mavic 2 Pro has a bit of an edge over the Autel Evo 2 Pro and in this post, I’ll be showing you where it’s advantages lie, as well as where Autel’s advantages lie as well. I’ll also provide you with comparison footage for reference.

Getting the obvious out of the way (comparing the specs of the Autel Evo 2 and Mavic 2 Pro):

You probably already know the specs of each drone but in just case you didn’t see them yet, here are the most important things you need to know about both models:

My history with the Mavic 2 Pro explained:

I got the Mavic 2 Pro literally within days after it was first released in 2016 and I have been using this drone almost exclusively since (for over 4 years now). The most important benefit of this drone is that it is very reliable and it has almost never given me any issues in terms of connection, flying reliability, connection loss or stuff like that.

The only downsides I’ve found to the Mavic 2 Pro is that it’s camera footage can be a little bit soft, especially vs models like the Phantom 4 Pro (which I also own) and that in order to get the most out of this drone’s camera, you have to know how to shoot in raw footage and then edit it in post. This is not to say that the camera sucks, it’s actually quite good, but if you’re a perfectionist and want to get the most out of this drone, it has to be done that way.

My history with the Autel Evo 2 Pro explained:

I purchased the Autel Evo 2 Pro in the summer of 2020 and I have to say that it’s 2 biggest advantages over the Mavic 2 Pro are clearly the camera, and it’s flight time. The camera on this thing is stunning and you don’t even have to edit any footage. I would choose the Autel Evo 2’s camera over the Mavic 2 Pro any day of the week. I also have to say that the Autel support is amazing as well, because they did help me out a lot throughout my experiences with this drone.

However, the downsides of the Autel Evo 2 Pro as I said in this review are really software related. There are simply too many cases of bugs that I have experienced one too many times when I’ve tried to fly it.

For instance, at least 50% of the time when I fly this thing, I’ll get some sort of connection loss to the phone message and will have to rely solely on using the display on the remote of it.

Then there’s the constant firmware updates, which while good, still bring about their own issues that another firmware update has to fix and like I said, this was the case with the original Autel Evo 1 drone, which eventually did get corrected.

Now the footage comparison of the same spot with the Autel Evo 2 Pro:

Both drone videos were shot in auto, at 4K at 30 FPS. I honestly think the Autel Evo 2 Pro is better, with much more sharper detail and more saturation. Also important to note is that the camera on the Mavic 2 Pro is far better in low light conditions which is what I shot the above footage in, and even in that circumstance, I still think the Evo 2 is better.

When comparing both the Autel Evo 2 Pro and Mavic 2 Pro, here is what I determined (so far):

Camera and battery time aside (where the Evo 2 wins), the cost of the Autel Evo 2 Pro is far higher than that of the Mavic 2 Pro and considering that they are direct competitors against one another, I honestly expected Autel to do a better job with the software on this drone. I get nowhere near the kinds of software issues on the Mavic 2 Pro as I get on the Autel Evo 2 Pro.

Just recently I was on a vacation where I took both of these drones, hoping that I could shoot my best shots on the Autel and have my Mavic 2 Pro for backup just in case.

What ended up happening was that I had to rely on the Mavic 2 Pro in at least 90% of cases where I wanted to fly because the Autel was simply too risky to take off. I almost even had a drone crash with it because of certain disconnect issues and only quick timing saved it. Fortunately, before the trip, I did make sure to get good drone insurance from State Farm just in case. Thankfully I have not yet had a reason to use it.

Final notes on the Mavic 2 Pro and Autel Evo 2:

First, let’s talk about where the Mavic 2 Pro wins without question: 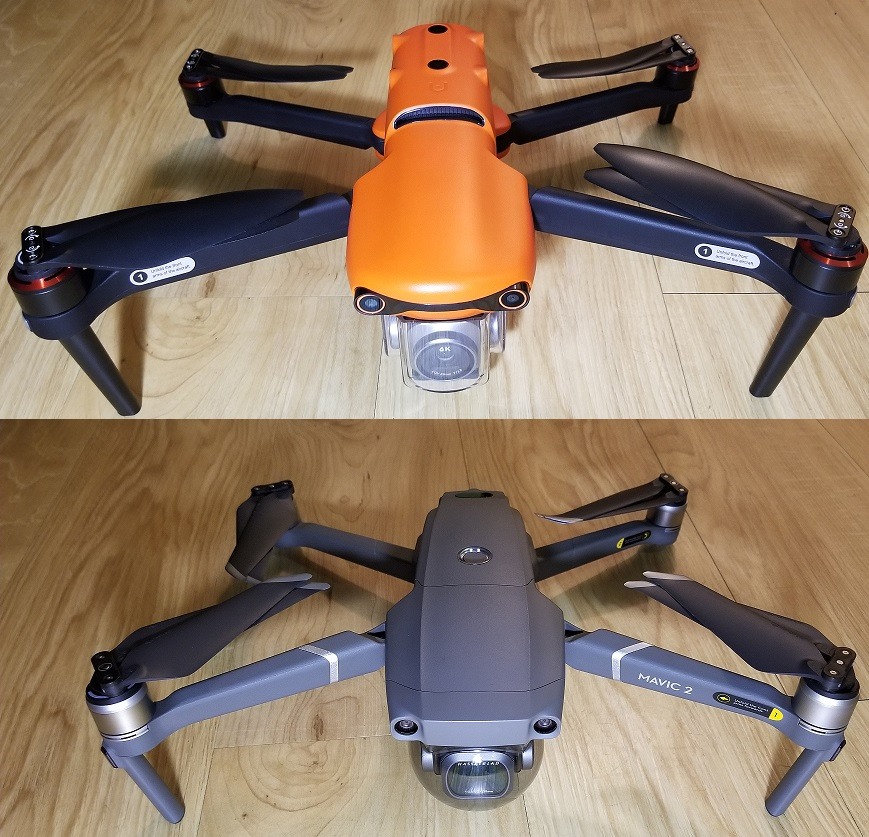 Now let’s talk about where the Autel Evo 2 Pro wins without question:

What I am hoping for (out of Autel):

I am hopeful that they will have enough updates to their firmware to make this drone as reliable as the Mavic 2 Pro. Once this happens, I am confident it can overcome it’s current flaws and become a drone I can rely on just as much as the Mavic 2 Pro.

I am disappointed that it’s taking so long for them to make sure this thing is bug free, especially since the Mavic 2 Pro was far more reliable from the get go, but this is just something I have to rely on.

I will be updating this comparison as time passes because I’m certain Autel will be making changes and improvements.

So which drone should you get?

1) If you are in a hurry and can’t wait on Autel to get it together, get the Mavic 2 Pro. I know I said the camera isn’t as good, but if the footage above from the Mavic 2 Pro impressed you, then this is the drone for you.

2) If you are patient and aren’t the sort of person who likes having red tape when flying, you may want to consider getting the Autel Evo 2 (or wait for a Mavic 3 to come out, but for now we don’t know when that’s going to happen).

3) If you are rich, love drone collecting and can afford it, just get both.

4 thoughts on “Mavic 2 Pro vs Autel Evo 2 Pro. Which Drone is Better?”