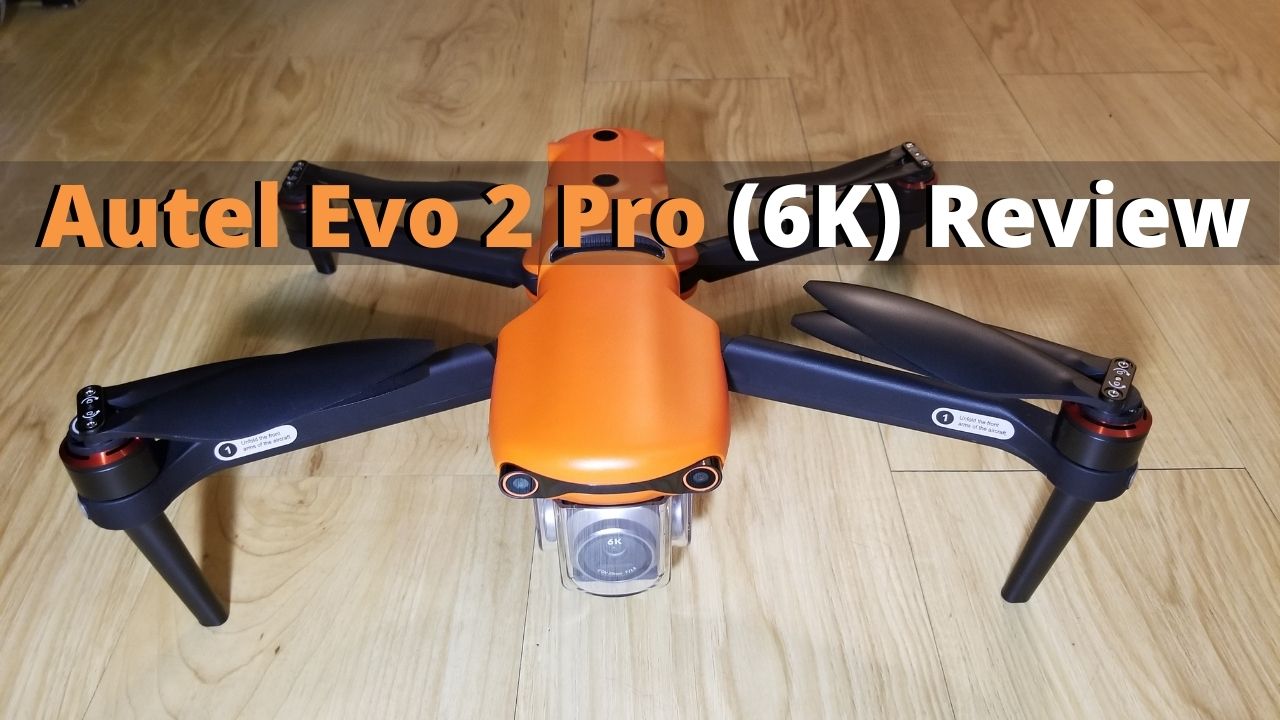 In the summer of 2020, I made the decision to get myself an Autel Evo 2 Pro (6K) drone. It was my first none DJI drone that I’d bought and it was also the most expensive. And after several months of using it, I have very mixed feelings, which I will cover in this review.

The short review of the Autel Evo 2 Pro (for quick glance):

For the most part, the Autel Evo 2 Pro is a great drone, with a truly stunning camera that easily beats the top tier drone cameras I own. In addition, the long flight time, range and luxury to fly anywhere, anytime certainly adds to it.

But, I did say this review of it is a love hate type of thing and now I have to be honest about something and this is the most important thing: The biggest issue I find with this drone is the software, not the hardware.

There is not enough reliability YET. I have had a series of very close calls, near crashes and disconnects from my phone that have made me question on whether or not to return this drone. I have decided to keep it, because even from the first generation Autel Evo, it took many firmware updates to get it to be as reliable as it should have been from the get go. It seems like the Autel Evo 2 Pro is going through the same kind of cycle and because my patience is high, I will wait this out.

And now, I’m going to cover more details about these things and help you decide if the Autel Evo 2 Pro is for you or not.

Let’s get into the quick stats on the Autel Evo 2 Pro:

Do I recommend it? I do because the Autel company is known to deliver sooner or later and I do believe the firmware updates and constant strive to improve upon the model will help it eventually get to where it should be, which is a drone that should surpass the Mavic 2 Pro (which I also own by the way).

While I am promoting the Autel Evo 2 Pro on this page, I have to share my personal experiences with it beforehand because it’s the honest thing to do. Let me give you sample footage of this drone.

Sample photo from the Evo 2 Pro: 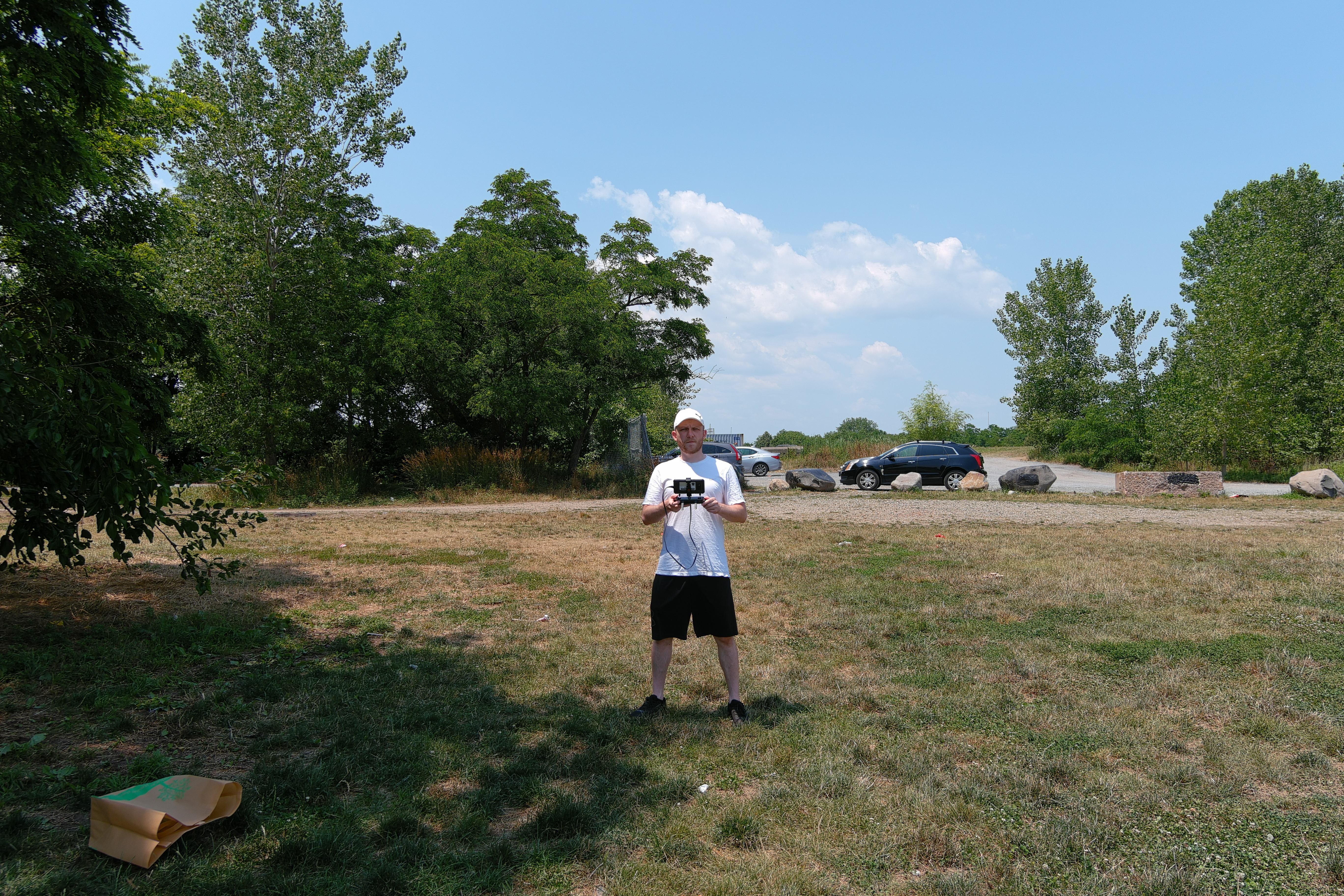 This photo to the right you see was taken in one of my test flights when I first got this drone.

On this page it won’t appear very detailed, but the original photo when looked at very clearly shows the level of detail the Evo 2 Pro camera delivers.

When I ran this test (and took this shot), I also had my Mavic 2 Pro and Phantom 4 Pro with me.

I ran these other drones against one another and took the same shot which I will post in another article comparing each of them, but in my opinion, after doing these tests, the footage out of the Autel, for photos and videos is better than on the other 2 drones.

Note: Here is the updated comparison between the Mavic 2 Pro vs Autel Evo 2 Pro.

And it doesn’t take a sharp eye to notice how detailed the Evo 2 Pro’s camera is.

The next sample footage I have to show you is an actual video I took when I was in Oregon awhile back.

Here’s an Autel Evo 2 footage clip I took in Oregon:

You can watch it in 4k to see the details of how awesome this camera is and I promise you it’s insane (this was shot on auto). Soon I’ll be comparing the footage I took in that same spot with my Mavic 2 Pro to help you see the differences but I tell you this now:

Getting into the issues I encountered with the Autel Evo 2 Pro:

1) The very clip you saw above that I took was actually taken with me using the remote controller display, not my phone. Why would I do that you ask? Well because my phone kept disconnecting from the remote and I couldn’t rely on it.

This wasn’t due to a connection issue, that much I can tell you, but it was such an annoying problem that I just decided it’s better to use the remote controller display.

2) Secondly, after that footage was taken, I decided to do a smart orbit around me (one of the Autel Evo 2’s flight features) and I had tested this feature before in my hometown just to understand how it works. I had all the updates installed, sensors on, and yet when it began, the drone was going up and down while circling around me.

Then came the near crash incident (get the fire and marshmallows ready):

The drone started nearing the pine trees around me and in the past, the sensors would easily get triggered and make the drone stop, but here it wasn’t and least from my vantage point, it looked like it was going to crash, and so I tried to take control of the smart orbit and began trying to pull the drone away, but it wouldn’t. Why you ask?

Well because once again, as the Smart orbit was happening, my phone disconnected from the remote, but the same intelligent flight mode kept going.

I panicked of course and tried to hit the X button on my screen to stop the smart orbit (which was when I realized the screen wasn’t working and I was disconnected from the remote.

What I found was that while I wasn’t able to get the drone to stop smart orbiting, even trying to push it to the other side with the remote was hardly doing anything. And so I pulled the sticks up and that’s when it flew upward, but it continued the smart orbit. The reason I pulled it up was to avoid a possible crash (I still didn’t know if the sensors would trigger, but I couldn’t take a chance) and to keep the drone above any tree line so I could buy myself time to figure out what the heck was going on.

After the drone was up above the tree line, it kept going the smart orbit feature and I had 9 minutes to figure out what to do before the battery discharged. I couldn’t control it on my screen and I couldn’t lower it because the smart orbit kept going and I wasn’t going to be able to land that way, not on the surface that I was on.

And so that’s when I went to plan B, which was I saw the “pause to stop” button on the remote. I clicked it and EUREKA, the drone stopped the smart orbit.

I then realized the drone had perfect connection to the remote and I could rely on the display to land it properly and so I did (a palm landing was required). I was very relieved, but what in the world was happening!? How could a $1,900 drone give me such a headache?

Note: For those of you wondering if I was in a bad connection area, I was, but my Autel said the GPS was fine and I later tested my Mavic 2 Pro in the EXACT same environment and had no issues.

And being that I’ve flown drones for years and am not exactly a novice, it’s all about experience and comparing your flying experiences with other drones, so I knew what the standard was with the Mavic. I just needed to see if the Evo could be just as reliable and it nearly failed me here.

What happened after the incident:

Following this incident, I obviously called Autel support the following day and they ran me through some trouble shooting steps. I followed them all and did a follow up flight on a more even surface a few days later. I had the SAME phone disconnect issue happening and had to keep relying on the remote display and the remote itself to have a smooth flight and when I did that, it gave me NO problems.

I later tested another phone, different USB cables, but kept getting the same issue. And so Autel had me send in the drone to which they said they found no issues and I have it back again. Supposedly the issue might be with the Autel App which they recommended I reinstall, but I did later see they released a new firmware update. Hopefully it works better now. I know I can always rely on the controller display, but this is not an acceptable way to fly the drone for me in the long run, so I’ll keep you all posted.

My final thoughts on this review of the Autel Evo 2 Pro:

Here’s what I can safely tell you:

1) Right now, I cannot name a drone whose camera is better than this one. Not one.

2) Despite my connection issues, I can 100% say that the remote controller’s connection to the drone is 100% fine, so the issue is either my phone/s or the Autel App.

3) I still hold positive views that this problem will get fixed for me in the future (there are no bugs for my drone or remote, so I think it’s on the software side).

4) I still recommend this drone if you’ve been on the fence about it because it really can fly anywhere.

5) Because it is a direct competitor to the Mavic 2 Pro series, I want it to be as reliable as that drone. If it is, it’ll easily be my top most recommended model. Get it here.

6) Like I said earlier, with the original Autel Evo, many firmware update had to be released before this drone really delivered and while I wish the Evo 2 didn’t have to go through this too, I just accepted it.

7) If there are any updates to my experiences with the Autel Evo 2, I will update this article accordingly.

8) If you can relate to these issues (or not), let me know below!

2 thoughts on “Autel Evo 2 Pro Review. My Love Hate Relationship With it”