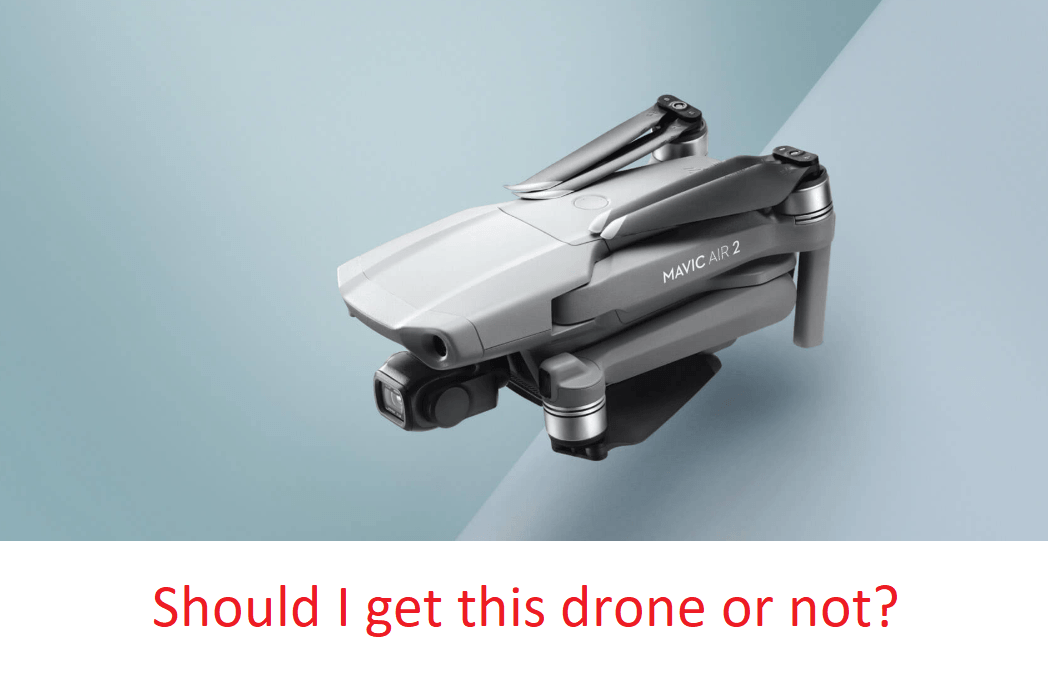 Since the Mavic Air 2 came out, the social media forums I frequently visit have been asking a common question, which is should you get this new drone?

And so, being an owner of 3 Mavic’s myself, as well as someone who was on the fence about getting the Mavic Air 2 and decided not to, I wanted to share this simple yes and no reasoning guide to help you decide on that.

Just so you know, here are the 3 Mavics that I own:

I am going to do a further review of the Mavic Air 2 soon, but just so you all understand my positions on this drone, they are:

5 reasons to get the Mavic Air 2 drone:

Let’s start with the most obvious one:

1) If you have an original Mavic Air and want to upgrade, do it.

There’s so many reasons why but the Mavic Air 2 is so much better that the original in every way that you’d be crazy not to. If you can afford it get it, because:

Note: You can use DJI’s trade up program to get credits for your original Mavic Air to help pay for the Mavic Air 2.

The Mavic Air 2 mixes together what it’s like to own a great drone, plus one that’s pretty good for beginners. If you are looking to seriously get involved in the drone hobby and this is your first pick, I’m applauding you because you’re making a great choice.

3) If you’re a traveler, get this drone.

It’s so small and convenient, you’d be crazy not to. The speed at which you can set up this drone and have it flying is amazing and that convenience (speaking from experience) is it’s own value.

4) If you own drones that are underneath the level of this one, and can afford it, get it.

Here are the drones that are at least a level under this one: The Spark, the Mavic Mini and obviously something like the Tello, and that’s just from the DJI lineup. This doesn’t take into consideration all the other companies out there releasing drones and/or those who already have plenty of models on the market.

I can tell you that the Mavic Air beats about 90% of all the other drones on the market in 2020 so for it’s price, it is a top tier drone, hands down.

As much as I still love my original Mavic Pro 1, I gotta give the trophy to the Mavic Air 2. I believe the Pro 1 is still better than the original Mavic Air but the second version of it is unquestionably better and is an upgrade I’d recommend going for.

5 Reasons not to get the Mavic Air 2:

Yes it is true that the Mavic Air 2 does have a slightly better flight time, but aside from that, and a bit more portability, every other benefit goes to the Mavic 2 Pro.

Ultimately, this was the reason I decided not to get this model and stick to my Mavic 2 Pro.

In my opinion Autel Evo 2’s drone is going to get to the same level as the Mavic 2 Pro if not better and if you are seeking high quality imagery and video, then Autel’s drone would be a better choice for you than the Mavic Air 2.

The camera on the Zoom is different, but I’d say it’s as good if not better than the Mavic Air 2’s camera, and aside from that, the other capabilities the Zoom has still makes it superior.

4) If you’re an unskilled drone flier and are likely to crash your drone.

Simply put, if you think you’re likely to crash, get a safer, easier model to fly with such as the Mini or Spark. They are easy to fly.

5) If you’re really tight on money but really want a drone.

Then your best choice is the Mavic Mini.

Well that should help you decide on the Mavic Air 2!

If it didn’t, I’d love to hear your questions about this drone and the more details you can give me on your circumstance, the easier it’ll be for me to suggest whether you should get this new model or not.

Again, this is a great drone, and of course if you have a limitless budget to buy this model and are a drone collector, it’s a great addition, but since most people don’t have that luxury, these 5 different yes and no reasons should help them decide if this is the right choice for them.