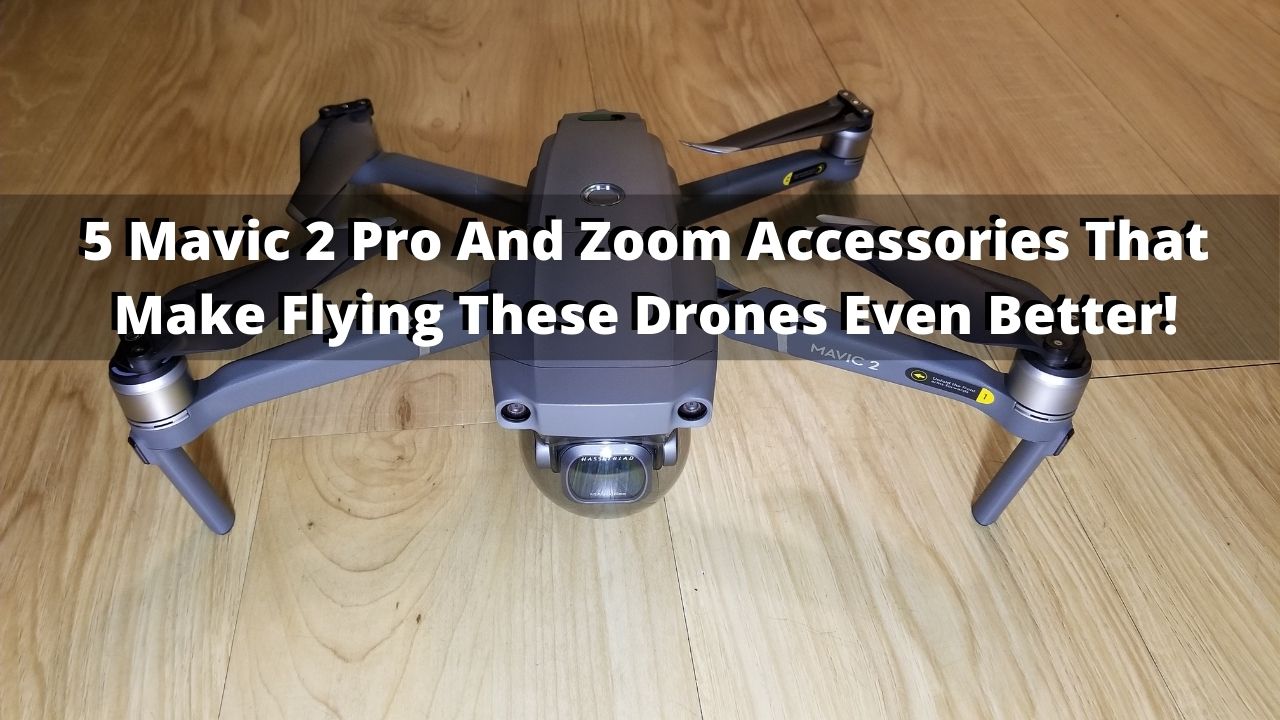 For every drone I own, I write an article on at least 3-5 accessories you should get with the specific model. With the Mavic Pro 2 (Zoom as well), I have 3 recommendations.

Now I don’t own the Zoom, but you might and since the body of that (and the flight specs) are literally the same thing, these accessories will serve you perfectly fine if you own that model of if you own the Mavic 2 Pro like I do.

Here are the 5 accessories I recommend you get for your Mavic 2 (Pro or Zoom):

1) Car charger for the Mavic 2 battery:

I know certain people prefer to get extra batteries instead of using this, but man, you will save yourself a of money if you do. The basic principal (and money saver) of the car charger is this:

In my personal opinion, this beats having to get anymore batteries, because most people who drive to film can always charge one while the other is being used on the drone. You can literally save yourself a $100+ on every battery you’d have to buy as long as you own the car charger.

Plus as I’ve said (and experienced drone owners know), you need to discharge batteries at least once every 2-3 weeks, so the more you have, the more of a headache it’ll become. It’s way easier to save money and get the discharging job done through this approach. Here is a link to the charger.

Ok so, with every popular drone, there’s tons of cases that come out. Some people elect to go with the big, super protective, water proof cases (nothing wrong with that), but I personally prefer something that is “down the middle”, meaning it’s pretty light to carry, easy to carry, waterproof enough and doesn’t take up much space.

You already know why it’s just 1 that you need and with a car charger, you’ll be totally fine. The price of the MP 2 battery is currently $130. Here is a link where I found it for $112. Keep in mind that the price may have changed since.

4) A clear film applied to the body of the drone:

So this is an optional accessory, but I’ll explain why I included this in the accessory list:

When I got my Mavic 2 Pro, I noticed an issue with the body, and by the way, this was confirmed by DJI as being “normal” in that the back wings would rub on the body of the drone when folded and I have to say, this is a feature I did not like, but have to live with if I want to keep using my drone.

Now there’s a few around this issue, you can either manually fold the back wings and just LIGHTLY pull them away from the body as they are getting close to the body so they don’t touch and scratch it, or you can elect to go the route of putting on a clear film on the body which will make the back wings slide against it and not scratch the drone when you fold the wings. This is something a guy on a forum suggested I do and said it worked well for him.

For me personally, I use the manual, pull option without messing up the wings, but if you don’t want to constantly do that over and over, or you’re worried you’ll forget, the clear film is another option. Because it’s clear, it’s hard to see it after awhile. You can get this in any supermarket and it’s used for foods, but you could also pick it up in a hardware store too.

5) As always, the anker wire for better connection:

There’s a red wire I use for ALL my drones when I connect the phone to the remote and it’s been extremely useful in that it is designed to bend way easier and provides a stronger connection to the drone, this I’ve tested and know for sure. Here is a link to the anker wire I use.

It’s an extremely cheap accessory and far more reliable to use than with the standard wire that comes with your Mavic 2 (Zoom). You can get it in 3-6 feet lengths, but as always make sure you select the right set up that works with your phone (Android or iPhone).

As of now, these 5 accessories are awesome to have with your Mavic 2 (or Zoom) and I would say at least 3 of them are mandatory as far as I see this. I’m not the type to say you need the usual recommendations such as ND filters or landing gear, those other accessories are all up to you to use or not, but I have you my 5 that I’d strongly recommend.

Remember, ALL 5 accessories fit perfectly well, whether it would be on the Mavic 2 Pro or the Mavic 2 Zoom.