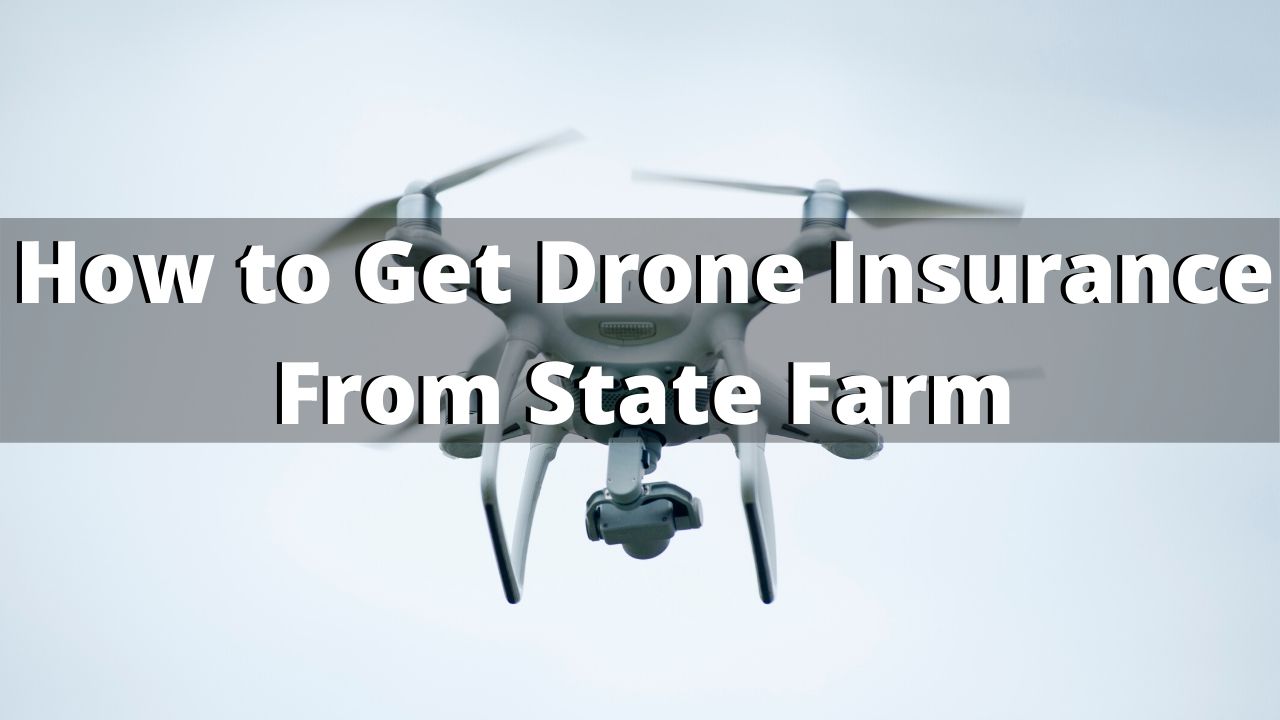 State Farm is so far the only major insurance company in the United States that offers insurance on drones, and at a good price. I recently got coverage from this company for 2 of my best drones: How much did State Farm charge me for this drone policy?

It was shocking but I got both of these drones approved for coverage, at $60 total a year, for both models.

There are 3 major ways to insure your drone these days (in the United States):

1) If you own DJI models, then you have the DJI care refresh option which lasts 1 year.

The insurance on this is pretty costly, but if you have an accident and can prove you’re not at fault, you are very likely to get a REFURBISHED drone back, and it may be someone else’s model that was sent in. Depending on the condition of the drone you send in, depends on whether you’ll get that same model back or someone else’s who sent theirs in for repair too.

Generally, the DJI care refresh entitles a drone user with the policy to get up to 2 models back in 1 year. The policy expires after that.

2) Then there’s independent repair shops near you.

But those may not often be legitimate and you’ll want to check reviews beforehand. This isn’t really an insurance policy but some people feel it’s safer to work with drone repairers directly than send them back to the original company and get a refurbished model.

3) And finally there’s State Farm’s option which will insure your drone/s entirely.

I find the price for State Farm’s insurance policy to so far be the best for me. To completely get FULL coverage with $0 deductible on my 2 drones for the price it was offered at was crazy to me (I couldn’t believe how cheap it was).

I had tried other options like DJI Care Refresh in the past for all of my DJI models, but when I found out that they actually send you a refurbished model of your drone and it may often not even be yours, I decided there had to be a better way to protect my expensive drones and being that State Farm was the only company to offer options, and at a better price, how could I not take it?

How to get your drone insured under State Farm:

I recommend contacting a private State Farm office near you and asking them directly if they offer such policies. I had a friend who insured his Mavic Air 2 and said he had to try 3 different places before finally getting approved.

The first 2 didn’t want to do any business with him but the third offered it and expedited the process. So if you get a no from one branch, call another, and then another until you get yourself approved.

For me, I directly called the same person at State Farm that my friend got his insurance from and the policy was set up in a matter of days. You will have to answer some unusual questions such as how often you are at home, how close the nearest fire station and fire hydrant are, but these are easy answers that basically signify you are a responsible flier and there are fail safes near you in case something goes wrong.

Being that I now own 6 drones, 5 of which are DJI and 1 which is Autel, after seeing that I could insure multiple drones under the same $60 policy, I began to think if it would be useful to insure all of my drones for the same price.

I decided against it because I am slowly drifting into the process of selling my other drones that I barely use anymore:

Figuring that I’d probably focus all my time on droning through the Mavic 2 Pro and Autel Evo 2 Pro, I figured it didn’t make sense to insure drones I wasn’t using.

I certainly intend to keep flying safely but considering all the possibilities of drone crashes that can happen and how many times I’ve come close to having that happen to me, sometimes of my own fault and other times, not, why not have that peace of mind in knowing I’m good?

Note: If you do crash your drone, your policy will likely end.

This is to be expected but if you do crash your drone, State Farm probably has no financial interest in keeping you on their policy so I wouldn’t think that just because you get the insurance, that it’s safe to fly risky. You only have 1 policy, and 1 strike for it, so don’t waste it.

I also heard that in the future State Farm might cancel out drone insurance altogether and I suspect this may happen if too many people keep crashing their birds.

Either way, just know that getting drone insurance with State Farm is: