Here’s a quick story I know most of you Spark users out there have already seen and have been confused/mad about.

I currently own 3 batteries for my Spark and after a recent firmware update that took place, I took it out for a flight and everything went fine, at least until I decided to change batteries and wouldn’t you know it…I get a message saying it “Cannot take off“.

I didn’t understand what was up and still decided to try and do a take off, but to no avail. When I did try the lift off option, I did see a message on my camera feed saying my battery firmware was inconsistent and needed an update. How is that possible? Since when did the Spark start requiring we do this?

As far as I knew, only the Inspire series was advanced enough to have to update it’s batteries, but now apparently, we can add the Spark to that list. However, there were no instructions on how to do this (man you really need to fix this DJI). I looked everywhere, whether it was on the actual drone menu, the DJI app, forums, you name it and yet there was nothing that helped me. How frustrating and I’m sure you Spark owners know exactly how that feels…

Now a quick note: I did say I INITIALLY flew it successfully and that was because when I did my first update on the drone, the battery that was inside updated as well, but there was no instruction on how to actually do this for the remaining 2 I owned.

Luckily, I found a YouTube video here which helped me do it. You’re welcome to view that video if you like, but the solution is coming right up and it’s really, really simple!

Put in the battery which needs updating.

Turn on the drone, the controller and DJI Go 4 app.

Basically, do exactly what you would do to start a flight. On the main screen that loads up on the app, click and hold the following button for 5 seconds at least: 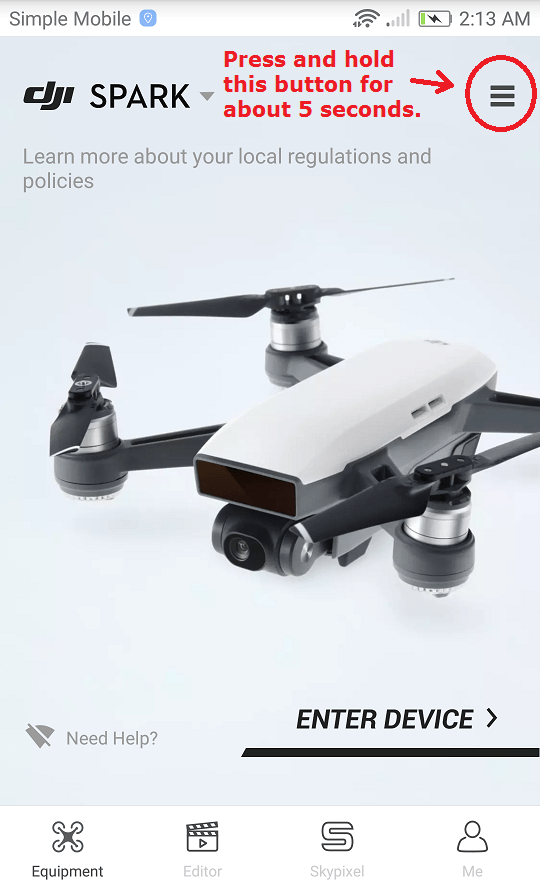 If you get the following screen, you didn’t hold it enough: 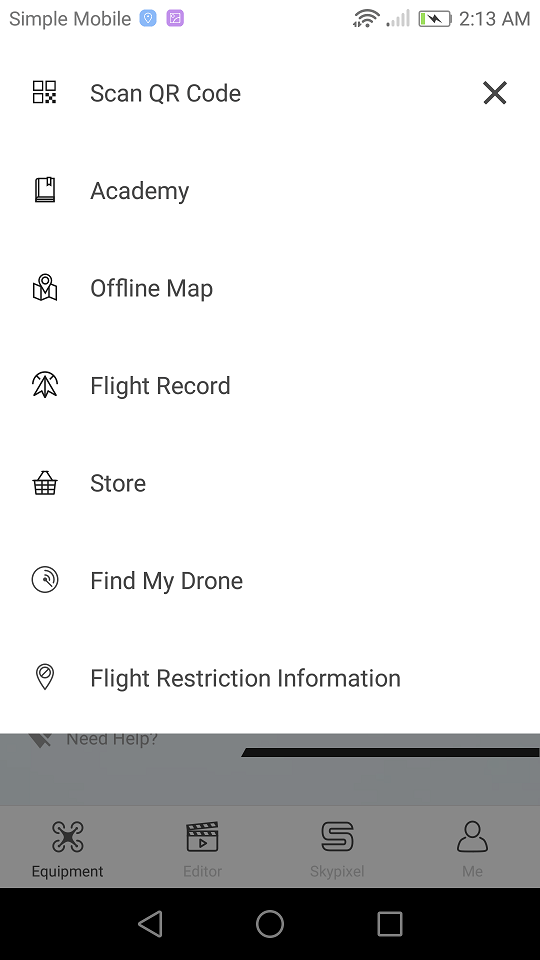 If this screen pops up, that is NOT the one you want. Push the back button and click the same button you did in step 1. Remember, 5 seconds minimum. If you do it right, then the correct screen that you want will pop up:

This is the screen you want to pop up: 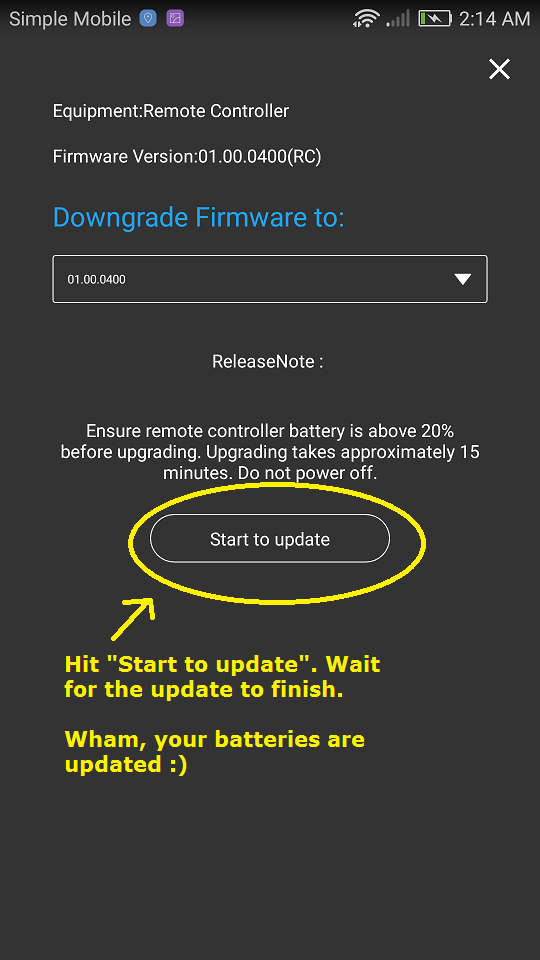 And from there, just hit the “Start to Update” button and the whole drone, including the battery will start the short process.

Note, it does say the word “downgrade” on the image above. Disregard this because in my case, I’ve already upgraded so that’s why mine shows this.

But even if your screen also says downgrade, still hit the update button nonetheless. It should take about 5-10 minutes if you have a good internet connection, which is why you may want to do this from your home.

Once this is done, that screen will disappear and you’ll be brought back to the Spark screen that loads up when you start the app and the drone/controller. From there, you’re “Ready to Go“.

Your battery is upgraded and your flight awaits!

If you own more than 1 battery, just turn off the drone, put in the next one which needs an upgrade, start the drone again and repeat the same exact steps above.

Why is DJI doing this?

Well there’s a whole “slew” of upgrades with this new firmware version (and they are good) and I suppose in order to make them work properly, they also had to add in this new feature of updating the batteries, but man, where were the instructions on how to do this!?

Like I said before, I couldn’t get the answer from DJI, forums on these topics, ect… I had to browse YouTube for this stuff and it’s really annoying to do this, plus having to constantly connect back and forth between the controller wifi and my home wifi to make the upgrade happen.

Note: This is more annoying than confusing. When you do the steps above, if you will need to connect the wifi to the controller or your home internet, you will be told to, just change it up as it asks.

Despite being a simple drone that is really easy to pilot in my opinion (full review of the Spark), I really dislike the whole update and connection feature where I have to connect the drone to the phone wifi or the controller wifi and when I do updates, I very often have to switch between the the connections to complete the process fully instead of setting it down and letting it do the whole thing while I do other things. I do NOT have this issue with my Mavic or Phantom 4 Pro and they are the superior models…

This makes the Spark a bit annoying to work with when the time comes to do a firmware change, but on the other hand, the drone still has wonderful flight benefits (and even filming potential) that I enjoy.

I do hope in the future, DJI can address this inconvenience and make the whole process of upgrades simple like they do on their older models, because even though for me, it’s becoming easier to deal with, new users may get too annoyed with it and just return the Spark without fully appreciating it’s many benefits.

So for sales’s sake, please make this easier for us DJI. Your Spark model is supposed to be simple to use! In many areas it really is, but the ones which I listed above are not, please fix it!

Anyway, I hope these 2 steps helped you upgrade your batteries successfully! Do remember that YouTube video I linked earlier in case you need a media type of instruction, and give the guy who made it a like, his video really helped me out with this (as well as many others).

Another mention about the Spark:

While I do like this drone, I recently had a near crash happen and comparing my other drones to the Spark, they would not have had this problem occur. If you currently do not own this model and are considering buying it, I would say get a Mavic Air and if you do own a Spark, and want to upgrade, either the Mavic Air or Autel Evo would be good if you can go as far as a $1,000. If you can go further, the Mavic 2 Pro would be the best one I’d recommend.

6 thoughts on “How to Update The DJI Spark Battery Firmware. 2 Easy Steps.”