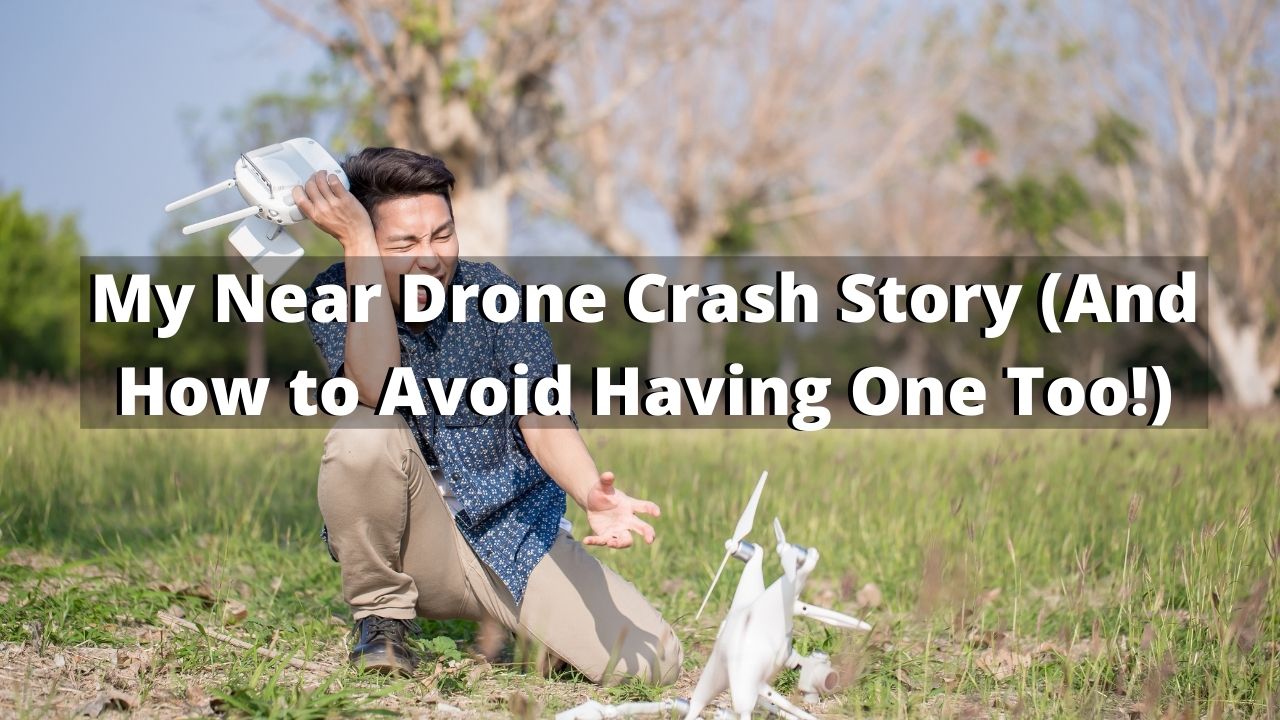 Today I nearly lost my Spark drone. It went crazy after losing it’s GPS signal and thankfully, due to some quick thinking, I was able to land it safely!

While I will list a couple of reasons that I suspect this issue happened in the first place, the main thing to note is that these things typically happen for 2 reasons:

1) Inexperience and piloting error (see more common reasons why drones crash). Even people like me who have been flying for a long time make mistakes and I really believe I made one here as I’ll explain what I think I did wrong.

2) The worse the quality of the drone, the more likely it is that something can go wrong and you can lose control of it. Better quality models typically have fail safe mechanisms to protect itself from issues.

However, the better the quality of the model, the easier it is to control and whether you’re a beginner or not, you’ll find good, high quality models like the Mavic Pro 2 and Phantom 4 Pro are typically much easier to operate and carry less stress.

In my case, the model I was operating was a DJI Spark, a medium level model.

Let me explain how the drone crash almost happened:

I visited a park today where I frequently fly. Before I launched my Spark, I need to mention that I hadn’t flown it in over a month and the only reason I took it out was to basically drain the batteries, as it’s important for the battery health.

For those who are familiar with DJI products like the Spark, it has safety mechanisms to help it fly safer. Some of these include:

Now in my case, I didn’t get any message that to update any firmware, and there were no errors with the compass or IMU so I felt it was safe to fly this thing after a month of vacation. I was wrong.

It took off without any problems and I decided to keep it within my line of sight (a good safety move, as the closer the drone is to you, the easier it is to control because the distance between the remote and drone is stronger).

I then let it fly off about a 150 feet away from me and about 200 feet high and that’s when the issues hit.

Suddenly the Spark gave me an error, telling me the GPS signal was lost and it was now in atti mode, a mode which is dangerous to fly with. Then it went crazy, moving all across the sky at about 30 mph. I could still barely control it, but it was basically a combination of me trying to control it with it’s crazy atti mode fighting against one another.

It flew out of my sight, then back into it, then back out again and the only reason I didn’t fully freak out was because it was very high up in the air, which meant there was nothing it could hit, so I had time to figure out what I could do.

I hit the “return to home” button, but even with that, it was again a combination of the drone trying to fulfill this action while also going crazy, plus the return to home option was underneath trees, so it would most certainly hit them if I let it.

I decided I needed to take a risk, and to try and control the Spark in anyway that I could, get it to my line of sight, and then land it in an open field. And so I did, it wasn’t a smooth landing, but as soon as the Spark was 50 feet away from me, the GPS signal returned and I had full control over it again.

Thankfully no crashes occurred, but it was very close considering how crazy the whole experience was.

After landing it safely, I brainstormed the possible reasons why this drone went nuts:

First, I suspected that I should have calibrated the IMU and compass, despite not getting a message to do it. So with the next battery I put in, that was the first thing I did. Even when a drone doesn’t say that you need to do this, do it anyway, especially after a close call, it’s basically going to help reset everything.

Next, not too far from where I was flying, there was a radio tower. Now the problem with that is that a radio tower emits high frequencies that can interrupt the connection between the drone and my remote and I do recall that not too long ago, when I was flying in the same area with a different, more powerful model, the closer I got to that radio tower, the more my connection went crazy.

Being that the Spark has a WiFi connection and it tends to be pretty weak, it probably would be much more sensitive to things like the radio tower being nearby. Connections on drones have a huge impact on how well you can control them and here are 3 common drone connections and which ones are the most reliable.

Next, I decided to play it safe and keep the drone very close to me from here on out, but I did also make sure to set a home point in an open field in case anything crazy would happen again, so at least this time, I’d have a plan B if I couldn’t control it. Should a situation like the one which occurred, occur again, at least it would have a chance to land in a safe spot without me having to worry about it hitting trees again.

Thankfully the same problem I had didn’t repeat itself, and I was able to control the drone perfectly well.

Again, I go back to the points I was making earlier about the model of the drone playing an important role in all of this. The Spark is good, but with a weak WiFi signal and a lack of updates, I was just playing with fire. Updating it, and keeping it close to me is the safest way to fly this model.

If I had one of my other, more powerful connection drones, I could have gotten away with flying it far and having the signal go crazy. Either way, know that a higher end model will typically mean that it’s easier to fly and easier to control.

I hope my near crash story was helpful to you guys!

Update: Another near drone crash with my Autel Evo 2.

Several months ago I flew my most expensive drone, the Autel Evo 2 Pro in a pretty dead zone area. I nearly crashed it after an intelligent flight mode I was using wouldn’t stop working and it nearly hit trees. What ensued was a very stressful few minutes that felt like a much longer stress period, but I was also able to get the drone back in my hands safely. Check out my Autel Evo 2 review here to see what happened.

Drone accidents can always happen, but quick thinking will be your first line of defense to prevent crashes so read and learn from my experiences so hopefully you’ll never have them!