An better version of the original Phantom 4 Advanced has come out and I’ll explain all you need to know about it.

Stats and info on Phantom 4 Advanced Plus:

Size: Fairly large drone. Not exactly easy to carry around.

Rating of product: 90 out of 100 points. Very high level drone. It’s quite literally the second best in the DJI lineup when it comes to the Phantom series.

The Phantom 4 Advanced Plus explained (what’s so special about it):

While we’re awaiting announcements of a Mavic Pro 2 and Phantom 5, DJI has been releasing modified versions of their best selling drones and the most recent is this one.

Here’s a quick recap of what the P4 Advanced has:

So what exactly is the PLUS version of all this? Well it’s simple:

In addition to all those perks, you just get a special display on the remote that comes with your model. That is all that this model has that makes it “different”.

Just like the only difference between the P4P and the P4P+ was the screen, the same thing is happening with this P4 model.

Sounds like a great drone. Is it worth getting? The yes reasons:

At this time, the regular model, without the screen is $1,200 so you’re on a tight budget, but can afford this particular and want a great drone to boot, this is still a GREAT investment.

If you’ve always wanted that special screen that was once only available on the P4P, you can now get it on the other P4 model.

Overall, this is an extremely high level drone. The only real difference between it and the next level one, which is the P4P is that the P4P has more sensors, otherwise, the other stats are exactly the same.

Reasons not to get this drone:

In spite of having such an awesome score, there’s some good arguments to be made to not get this model:

-We’re on the precipitous of getting a Mavic Pro 2 and potentially a Phantom 5. You can bet that the Mavic Pro 2’s camera is going to be just as good if not better than the P4 advanced, it’s going to likely have MORE sensors and overall be a better consumer model and as of now, it is speculated that it’ll be around $1,200, the same price it would cost you to get a regular P4 Advanced at this time.

-Adding on to that, the P5 is also a model very likely to come out this year and that is SURE to be an even better model than the current DJI lineup + the Mavic Pro 2.

-With the anticipation of these 2 new drones coming out this year, it’s likely the price for the P4 Advanced will drop once these new models are announced so if you’re looking to save some money, hold off on buying this model yet.

-And one final reason I can think of to NOT get this model is that the remote display you get with it seems good (and it is), but it can be a nuisance to carry around. As an owner of the P4P, I elected to NOT get the P4P+ because I felt if something happened to my screen such as a crack, I would have to have the entire remote replaced. I stick to just using my phone with the remote and I’m perfectly fine with this. As long as you have a decent phone attached to the remote, you will find it’s comfortable enough. And with that in mind, it’s not worth getting the P4 advanced plus and you should just get the regular one without the remote.

What I really think is going on with DJI and these new releases:

There are a few scenarios that pop into my mind as to why DJI chose to keep releasing the same models to the market, but with more accessories:

We’ve been waiting for the Mavic Pro 2 and P5 for quite awhile, but what we’ve gotten so far are the following models:

Yet no word yet on the Mavic Pro 2 or P5 as of yet. It feels like DJI may be scrambling to boost the sales of these models as much as possible before they drop the announcement on the new models but it can also be the fact that they used to release new models every year and this is the first time that they are holding off on that so to keep the pace of “new releases” going, they are just spicing up existing models until they get the new ones up.

So what should you do? Get this drone or not?

Then get this model. It’s a SUPERB drone that you will be very happy with. I honestly don’t even think the display screen is worth the extra cost, just get the regular one without it and save a few $100.

But if you’re the type who is anxiously awaiting the new models, and prefers portability, hold off on this model entirely and just wait it out.

It is absolutely certain that it’ll be better than the existing P4 models and if you’re chasing that next best thing in drone quality, the new models will absolutely have it and those new models may be smaller.

I hope I was able to help you make a decision on this drone. Let me know what you personally think about all of this (the plus version of the P4 advanced, what you think about the new models coming out soon and how it affects your buyer mindset and more). 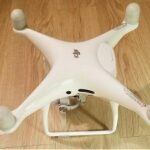 It is still a great drone even in 2019, and 2020 lineups. I do recommend it but there are equally good and better options like the Mavic 2 Pro.