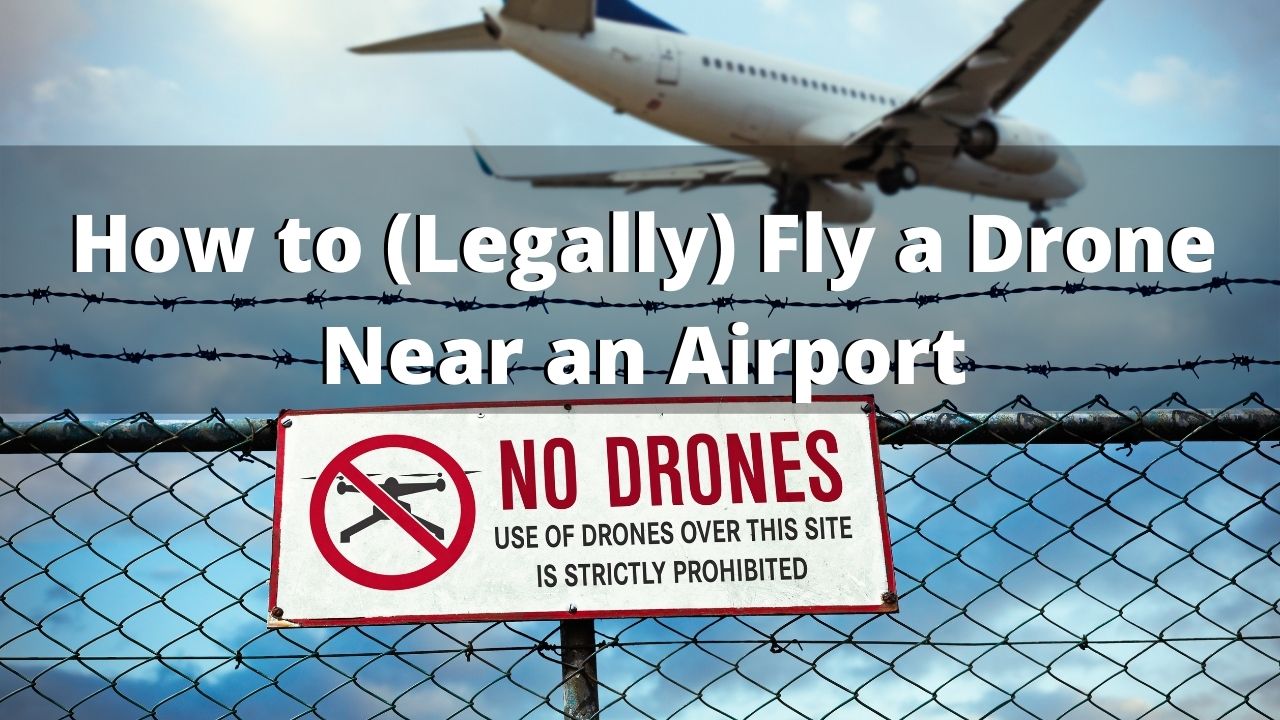 One of the most important rules of flying a drone in the United States is that you can’t do it within 5 miles of an airport. But in certain cases, you can be exempt from the rule, if you follow certain steps. In this article, I’ll be showing you how to legally get that permission.

Here is a brief summary of how you can fly within 5 miles of an airport (legally):

Note: This only works if you get PERMISSION from the control tower to fly your drone.

How I applied the above steps to fly my drone within 5 miles of an airport (legally):

I was vacationing in Florida recently and came up with a list of places I wanted to film. At first, I estimated if all the locations I was interested in were out of the 5 mile range and all seemed to check out fine, but once I got to one of the locations, I looked at my GPS and guess what? The nearest airport was 3.8 miles away.

So I did something I’ve been meaning to try for awhile, I got the number for the control tower in that airport nearest to me through my “AirMap” app, got in touch with someone there with authority. They asked me the following questions:

1) Where I wanted to use my drone.

2) How high I planned on flying it.

3) What time and day I wished to do all of this.

4) My personal info, including the registration number of the drone was asked (I was using a Mavic Pro 1).

After answering these questions, I awaited a response and to my surprise, they said yes, and it all happened pretty quickly.

Now this is a common practice and one that I would say is absolutely mandatory if you wish to fly legally near an airport.

Failure to notify the FAA control tower that is nearest to your location where you wish to take off can lead to a felony and while I’m not a lawyer, the basic rules the FAA has set, especially in this regard should absolutely NOT be violated, lest you wish to have a hefty fine, lawsuit and possibly arrest happen to you.

How to apply the same rules in your situation:

By this time, it should be pretty obvious what you need to do to gain legal authorization to fly near an airport but just in case you skipped my story, and the easy instructions above, here’s the step-by-step stuff you need to do: 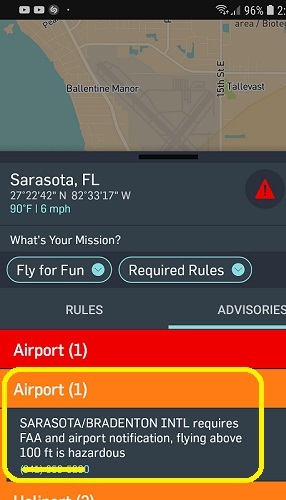 1) Identify if the location you’re planning on taking off (Is it within 5 miles of the airport?):

If so, then proceed to the next step.

Now I did blur out the contact number, but in your case, you’ll see it just fine. This is just a way to save time and not have to look up or Google the number yourself, the Air Map app will do it for you.

2) Call up the number you’re given to the control tower.

If you don’t reach the control tower (it happens sometimes), ask to be transferred to it and/or ask for the direct number to call and let them you know want to fly a drone and need authorization.

3) Once you reach the control tower, be polite and say the following things:

Be polite and respect them. When you show them that you are a law abiding drone user and give off the responsible, respectful vibe, you are FAR more likely to get that approve and quickly.

Note: You may be asked if your flight is for recreational or business use. This tutorial is for hobby users and those who are using their drones for business or part 107 may need to work within other rules, so keep this in mind. In my case, I was using my drone for recreational purposes, so that’s what I told them.

4) Once you get that authorization, leave them your name and number.

They will ask for this in case they need to reach you, but also make sure to ask if they can provide you with a confirmation of some sort in case you get complaints or a police offer shows up and demands you prove to them that you are doing a legal activity.

5) Set a height limit with your drone, the same one you told the FAA, you’d abide by.

And you should be good to go. Now the limit you can set depends on the model you have. DJI drones like the Mavic Pro have a setting where you can give a number for the max altitude. I was measuring mine in meters so 90 feet ended up being 27 meters, which I set it to and remained within the limits.

And there you go, this is you legally get permission to fly a drone near an airport:

As long as you follow the rules and get that approval, which isn’t hard, you should be fine with flying within the 5 mile limit. Keep in mind other rules you don’t want to violate such as going over property or near people (unless they consent). I always use my drone with the intent to not bother anyone, film nature, get my shots and move on.

I’m hoping this tutorial was easy to understand.

Don’t be nervous about calling up the control tower when you do this on your own. Believe me, the more people do this, the more it shows the authorities that we are responsible users and they just want to know if you’re obeying the rules, that is it. It’s almost like a legal, mandatory courtesy.